Introduction to the project and why it is being considered

East Lothian Council, in partnership with Transport Scotland and Network Rail, is exploring an opportunity to close Markle level crossing and replace it with a new road and bridge over the rail line. 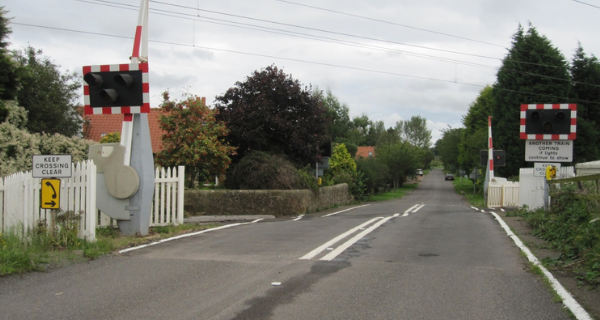 Markle level crossing is currently protected by road traffic light signals, half barrier equipment, an audible alarm and signage. However, with poor visibility for approaching road vehicles, large numbers of HGVs and the growing number of trains it has been identified as a priority for upgrade.

Transport Scotland and Network Rail are building a new station at East Linton which is expected to open in December 2022, subject to local authority planning processes/approvals. The close proximity of Markle Level Crossing to the new station means that the level crossing is no longer viable in its current format due to the increased safety risk arising from the variation in time that will occur between the barriers closing and the arrival of stopping and non-stopping trains. There is an increased risk of road users becoming impatient with the longer arrival time of trains which stop at the new station, weaving round the open gap in the opposite carriageway and being struck by a train.

Two options for mitigating this risk

There are two options for mitigating this risk; either by upgrading the existing Half-Barrier Level Crossing to one with Full Barriers or by closing the level crossing and replacing it with a bridge.

Upgrading the level crossing to a Full Barrier Type would require additional train signalling to be installed, which would require earlier closure of the barriers to enable the operation of the train signalling system protecting the level crossing users and, as a result, the barrier closure times at Markle level crossing would increase by a an approximate factor of four every time a train passed. Given the frequency of trains on the East Coast Main Line through Markle, the cumulative time the barriers would be closed to road users in each hour could be considered unacceptably long for the local community and road users.

Closing the level crossing and replacing it with a bridge

In 2010 Network Rail embarked on a level crossing risk reduction programme. The objective of the programme is to either close or upgrade crossings across the network, which will improve safety for everyone and reduce the risk that level crossings present to pedestrians, drivers and the national rail network.