In 2018, East Lothian Council, and our partners AECOM and Sustrans, gathered data and peoples’ feedback about Musselburgh’s streets. Using that, we identified routes that people thought were important and the improvements they’d like to see.

The first stage of work on this project was summarised in a report Future Proofing Musselburgh’s Infrastructure for Sustainable Modes of Travel.

We have reviewed and analysed all of the feedback which is summarised in a Consultation Report.

We also produced a Consultation Gap Analysis Report which identifies sections of the community that may be under-represented in the responses that were received through the consultation.

The MAT team attended MFPS consultations at the Brunton Hall in February and March 2022 where we gathered lots of additional feedback. The consultation and feedback are summarised in the MAT MFPS Consultation Report.

We have also been successful in securing funding to commence the concept design of Routes 4 and 6.

We will be looking to appoint a principal designer in early 2023 to assist with commencing all of the design work during the 2023/2024 financial year.

This plan shows the revised network of routes. 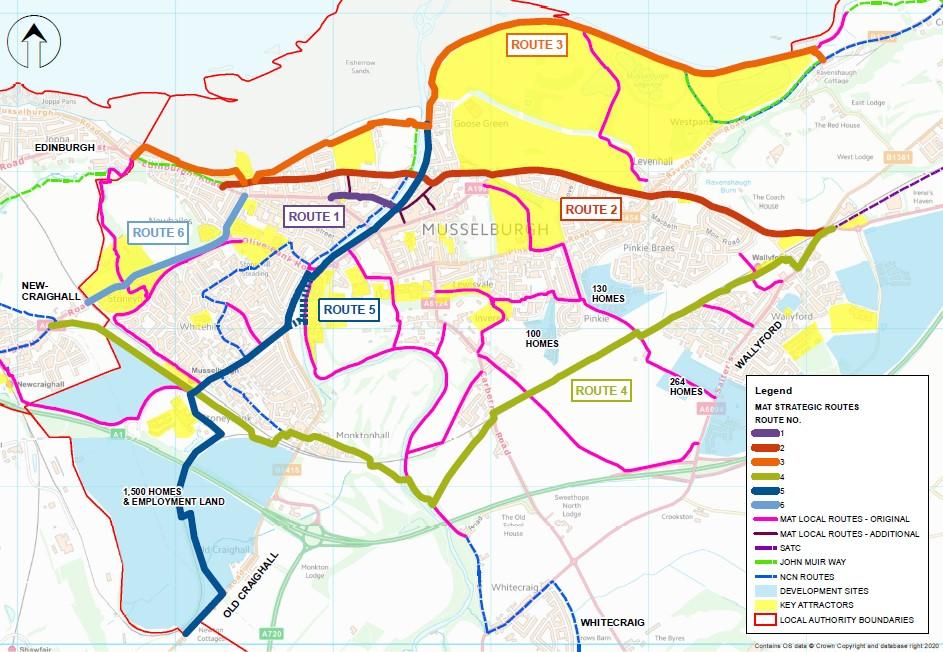