The next stage of the competition to design a civic flag for East Lothian is here – now it’s your turn to get involved by voting for your favourite design.

The competition to design a unique flag for East Lothian launched in November and attracted the highest number of entries for any civic flag design competition across Scotland. The judges received 623 entries from East Lothian, the rest of the UK and even from as far away as the USA and New Zealand.

Four flag designs have been short-listed to go forward to a public vote. The voting process is now open and runs until the end of August, with final votes being accepted no later than 5.00pm on Friday 31 August.

You can vote using our online form or by filling in the form printed in the East Lothian Courier. You can also pick up a hard copy of the ballot paper at council offices and libraries. 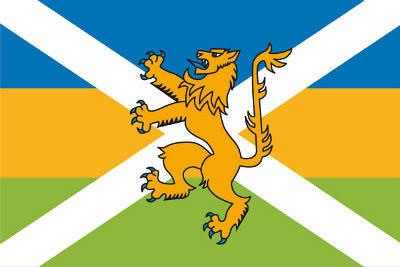 Results will be kept under wraps while preparations are made to have the winning design made into a flag, which will be launched around St Andrew’s Day in November. The flag will then be available for everyone to use.

East Lothian Council Provost John McMillan, said: “It was a very difficult decision for the judges, having to choose four final designs from the huge number of high quality submissions we received. I hope that East Lothian residents will get involved again and let us know what their favourite design is. Having a distinctive new civic flag for East Lothian will allow individuals and groups across the county to express pride in their local community, to celebrate their heritage and help raise recognition and awareness of East Lothian nationwide. I will be very excited to see the outcome of the public vote.”

David Williamson, Chair of the Scottish Flag Trust, said: "Experience elsewhere suggests that involving the public in choosing a civic flag is by far the best way to progress, and the hope is that the interest already shown in the East Lothian competition will continue into the voting stage. Voting on the four short-listed flag designs has been held back until after the main holiday period, so that people don't miss out on the chance to participate.”

Lord Lyon Dr Joseph Morrow said: “It was an exciting task to take part in the East Lothian flag competition. There was a wealth of talent expressed in the entries which reflected on the area. I now look forward to the vote of the people and the taking of the ownership of flag to be a symbol of pride in East Lothian.”