A new promotional campaign, East Lothian by Bus, has launched today encouraging local residents to consider using one of the local bus services when travelling around the county or into Edinburgh.

Environment spokesperson, Cllr Norman Hampshire, said: “Travelling by bus, both within East Lothian, or onwards to other destinations from the county, can offer a convenient and cheaper alternative to private car use. As part of East Lothian Council’s commitment to tackling climate change we are looking to support alternatives to car use which in turn will help reduce air pollution. Local bus service provision has expanded in recent years and with smart ticketing options, express services and bus lanes avoiding traffic jams, travelling to and from Edinburgh at peak periods can be quicker and less stressful than driving.”

Wallyford resident, Robert May, is a regular commuter by bus using the local services to travel to his studies at Heriot Watt University as well as into Edinburgh for social occasions. “I use buses most days of the week and would like to encourage more people to also consider using them as they contribute to a more positive environmental impact.”

Clare de Mowbray, from Aberlady agrees with the environmental benefits and considers herself to be a ‘part-time’ commuter travelling into Edinburgh by bus, car share or cycling. “The local bus services have improved greatly in recent years and the express options have reduced the time travelling into Edinburgh. I find the current fares to be reasonable and like Robert would encourage other local residents to leave their car at home and to try commuting by bus.”

The promotional campaign will run for an initial three month period and will include press and radio advertising, and competitions asking local residents why they enjoy travelling by bus. Funding for this campaign has been awarded by the Scottish Government as part of a package of measures worth around £1m to East Lothian to support the introduction of the low emission zone in Edinburgh. 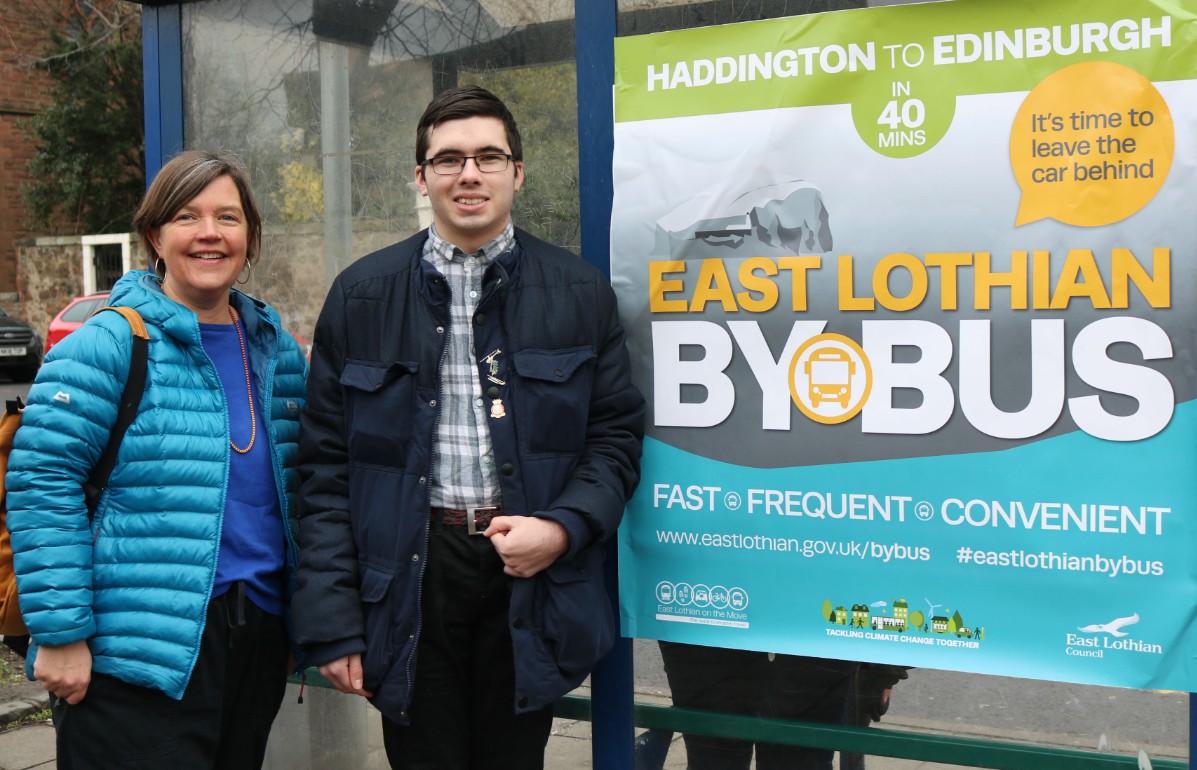