Friday 8 May is the 75th anniversary of Victory in Europe (VE) Day when World War 2 came to an end.

While our commemorations may be different to previous years, and to those that were originally envisaged, they will be no less heartfelt and sincere.

The UK Government moved the 2020 May bank holiday from Monday 4 to Friday 8 to allow people to mark this momentous occasion. In East Lothian, local authority staff and schools were granted an additional day’s leave for this purpose.

While many of the events and commemorations which had been planned across the country have had to be cancelled or scaled back due to the COVID-19 outbreak, it remains an opportunity to remember, give thanks and reflect on the sacrifices made to secure the peace and freedoms which we benefit from today.

With communities unable to come together in person, Her Majesty’s Lieutenancy of East Lothian has published information highlighting ways in which we still can get involved with the commemorations. This includes a two-minute silence at 11am, playing of the Last Post at 2.55pm and the Nations’ Toast at 3pm.

The Royal British Legion has created a programme of activities which people can safely take part in:

PoppyScotland has a wealth of materials available on its website to help families learn more about VE Day and what it means as part of any home-learning activities.

East Lothian Council’s Armed Forces Champion, Councillor Jim Goodfellow, said: “It is hard to imagine the experiences and sacrifices that were made during wartime on our behalf. However I believe that our current perspective will give us an even greater appreciation for those who served and supported the war effort and their communities who prayed, and mourned their loved ones. While our commemorations may be different to previous years, and to those that were originally envisaged, they will be no less heartfelt and sincere.” 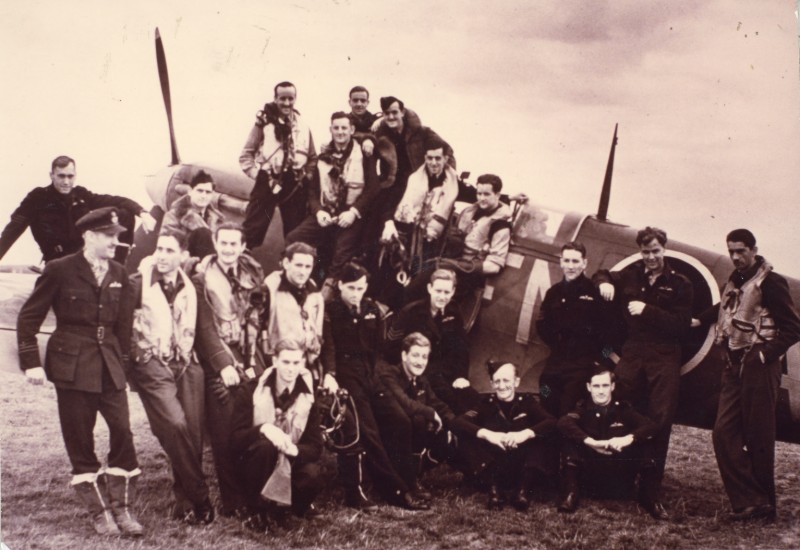 Photograph depicting a number of airmen from 453 Squadron around and sitting on a Mark I Spitfire at Drem Airfield, Athelstaneford