Angus joined East Lothian Council in 1988 as part of the grounds care squad in North Berwick, helping to maintain parks and gardens. In 2002 he was promoted to charge hand and in 2009 he took up his role as Head Operator of the plant nursery, which is based in Prestonpans.

The plant nursery provides bedding, hanging baskets and other plant produce to community groups and 14 East Lothian In Bloom groups. Angus said: “I enjoy the process of growing plants and talking with local community and In Bloom groups.”

As with a lot of our key services, the plant nursery has been busier than ever and winter bedding maintenance has recently been completed. Throughout the coronavirus pandemic the plant nursery did not stop operations and was maintained 7 days a week! This ensured that our local towns were kept colourful with hanging baskets, planters and various bedding. Angus said “It was vitally important that town planting operations went ahead as it helped to give cheer and colour to East Lothian towns, without them East Lothian would look a lot more grey! Which would not have been great due to the current situation ”. Angus said : “We have received more positive feedback this year on the hanging baskets in Tranent.”

Another great achievement was in 2019,Blooming Haddington was awarded a Gold medal and won the 'Town' category of the RHS UK Britain in Bloom finals. The group was also presented with the RHS UK Discretionary Award for Gardening in a Changing Climate. Blooming Haddington has been quite successful over the past few years, with gold medal awards in Beautiful Scotland and also in the UK Britain in Bloom finals. The group is fortunate to have a great working relationship with East Lothian Council which Angus helps to maintain. 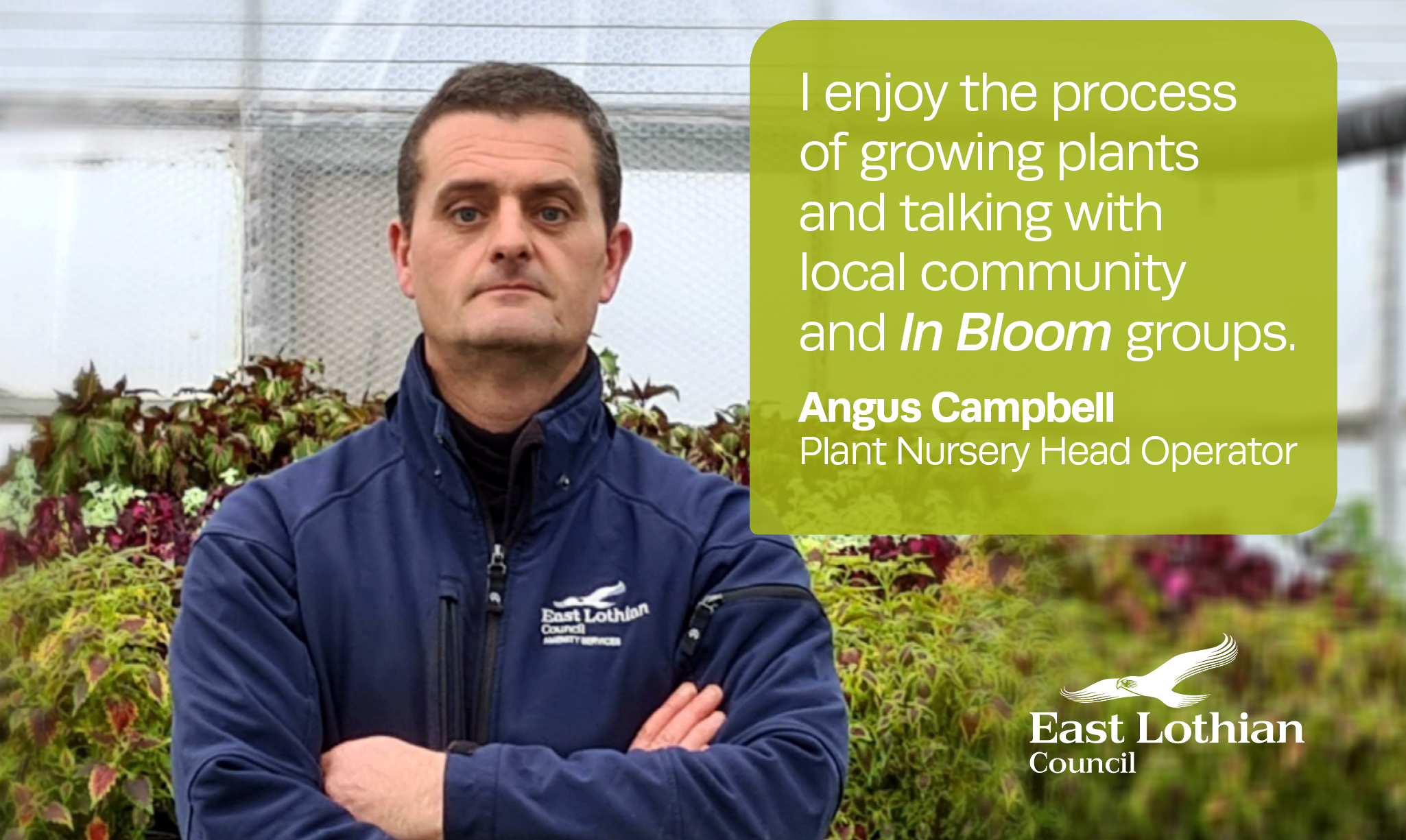