Meet Ciaren Ross who is a bagpipe instructor at the East Lothian Council - teaching across a number of schools.

Ciaren joined East Lothian Council as a bagpipe instructor this past August after completing a music degree at The Royal Conservatoire of Scotland (RCS). During his degree, he undertook an internship at Preston Lodge High School funded by The Scottish Schools Pipes and Drums Trust which supports piping and drumming tuition in Scottish state schools.

“Shortly after completing my internship at Preston Lodge – I spotted a permanent position as a bagpipe instructor with East Lothian Council and applied right away” said Ciaren. He enjoys teaching pupils across East Lothian schools, ranging from years P4-S6. “I get a lot of job satisfaction from my role as I have been given the opportunity to make it my own. In the future I would like to form an established East Lothian pipe band with East Lothian school pupils, eventually entering into piping competitions. The pupils always bring lots of enthusiasm to the classroom and readily bring their own ideas, such as songs they would like to know to play and this helps to develop their own personal style.”

Ciaren highlighted that joining the role during the pandemic was challenging as you are not taught during your four years at university on how to teach in such a new climate. However, Ciaren has acclimatized to the new teaching conditions by holding online classrooms on google classroom in order to teach the bagpipes and the pupils have picked up learning online very quickly and successfully. Ciaren added “Sometimes there are cases where a reed on a bagpipe breaks and previously I would have been called upon to fix it but now I can show pupils on video how to do it themselves, which has been extremely useful”.

“Approaches such as flip learning can also be used were you can video back and forth piping techniques. As there are also tighter restrictions with woodwind instruments due to blowing excess air, I thought of the idea to bring in electric chanters which allow the pupils to play remotely through a speaker and these can be easily wiped down after use. In the future I would like to have a show case whereby pupils can put what they have learnt into practice. Additionally, I would like to start up an East Lothian piping channel with tips and tricks on how to play the pipes.” 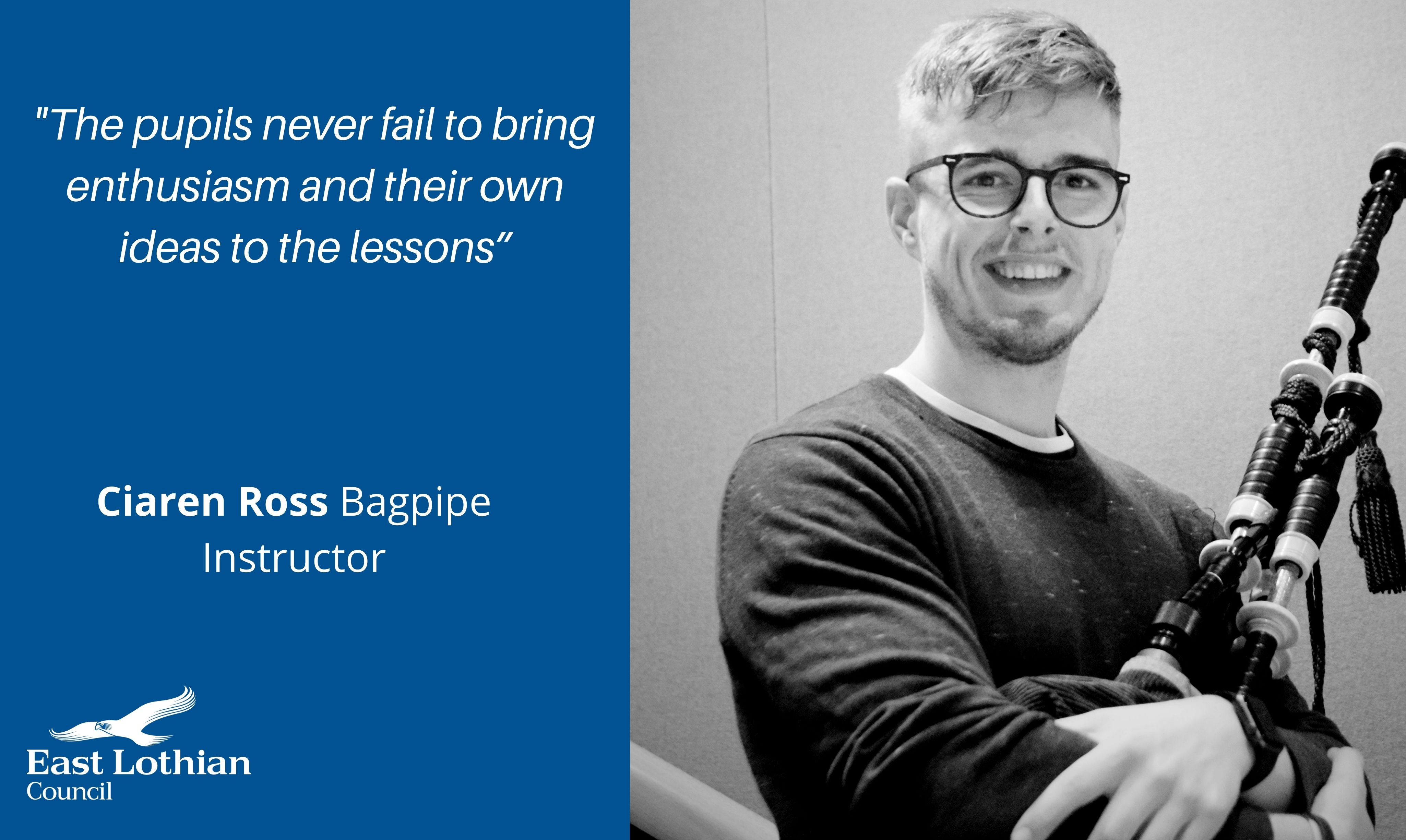