Young people across East Lothian have been campaigning for votes to become Members of the Scottish Youth Parliament (MSYPs).

The Scottish Youth Parliament (SYP) is the democratically elected voice of Scotland's young people. It provides a national platform for young people to discuss issues important to them and affect the change they wish to see.

SYP was influential in helping secure votes for 16-year-olds in Scotland, and has also been a key voice in the campaign for equal marriage through its Love Equally campaign. SYP’s current campaign, All Aboard, focuses on improving public transport services for Scotland’s young people, calling for reduced fares, and in January Free bus travel for under-22s (transport.gov.scot) increased accessibility for disabled passengers, and higher bus standards.

The voting period has taken place in recent weeks. The following candidates have been elected:

"I'm so excited to have been elected as an MSYP for East Lothian. I want to help promote the voices of every young person in East Lothian and campaign on their behalf for positive change."

“I am delighted and honoured to be elected as one of the MSYPs for East Lothian! Thanks to everyone who voted and I will use my position to promote the policies of better education and environment that I ran on, as well as the issues my constituents care about. I can't wait to get started.”

Olivia, who is from Musselburgh and attends St David’s RC High School in Dalkeith, said:

“I'm so excited to represent my constituency and begin working with the young people within it. Through advocating for the improvement of mental health services, the living wage to be adopted by employers and the cleaning of Musselburgh's sea water, I hope to continue to make this constituency the best place for a young person to grow up in.”

Find out more about the work of the Scottish Youth Parliament. 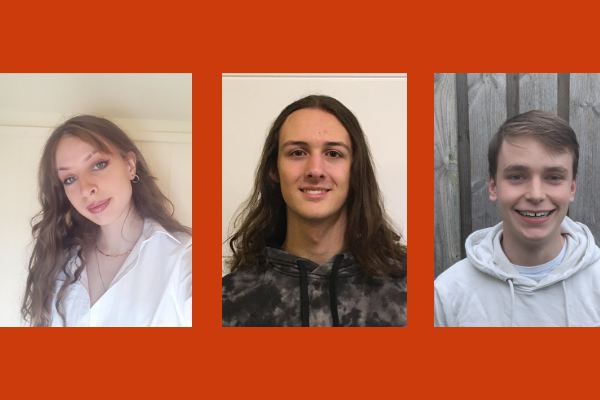